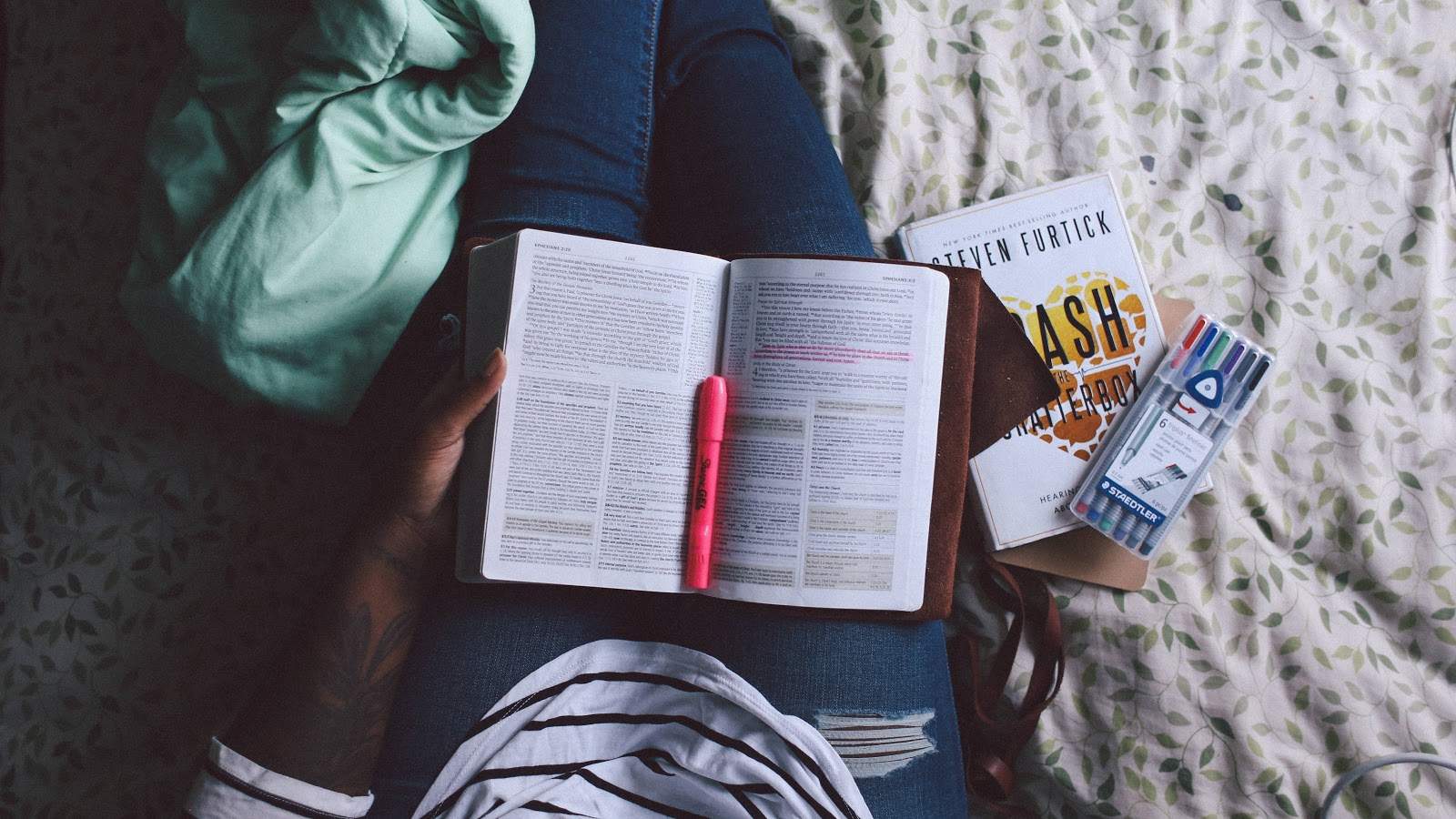 As a soon-to-be senior at a private, Christian university, and as someone who has been raised in the church and various Christian communities my entire life, I have felt this unspoken pressure to invariably know what I believe regarding my faith at all times and during all points of my life.

As Christians, we are often bombarded with sayings such as: “Always be ready to defend and give an account for your faith.” This is not bad at its core. It simply leaves no room for those who may be struggling in a specific area of their faith or with their faith in general.

Being a “blind Believer” is almost as bad as having no faith at all. Choosing to simply believe something because “you should” or because you were raised that way is not a sufficient answer when someone asks you the question, “why do you believe that?” It shows that you have not made your faith or convictions your own.

For a few months now, I have been grappling with a variety of beliefs and doubts, such as formulating my own view and opinions on homosexuality and racial injustices in light of scripture. I have been left confused, slightly frustrated, and simply responding with the answer, ”I don’t know” when asked various questions about what I believe about a topic, but here are two big things I’ve concluded.

“I Don’t Know” is a Valid Answer

Often, when we respond by saying “I don’t know” in a conversation regarding our faith or morality, others respond with a displeasing tone and condescending remarks as if you are always supposed to know. As I’ve grown up in Christian communities my whole life, I have always known that the Lord is good, faithful, present, able, powerful, gracious and full of love (Psalm 100:5). But up until a certain tipping point in my life, those facts were simply head knowledge.

If someone were to ask me if the Lord is faithful, I would have responded quickly with, “YES! Of course, the Lord is faithful” even though I was not in a space to recognize that for myself in my own life. I also wasn’t spiritually mature enough to know fully what that means. However, as I navigated the earlier years of my college career, I began recognizing the faithfulness of the Lord personally and it changed from head knowledge to heart knowledge.

This was brought home as I dealt with the unexpected death of my best friend which produced paralyzing pain and deep anger towards the Lord. The Lord met where I was, with grace and patience, and was faithful in gifting me with the communities I needed to process the tragedy I had experienced. Through my deep doubts about the Lord’s character and the purpose for His people, the Lord so generously walked along side me, with no condemnation. He faithfully made Himself clear to me.

Since then, I’ve have been able to recognize how faithful the Lord has been to me in the past and how faithful He is in the present in ways that have literally brought me to tears.

Before my friend, Joy, who passed away in January of 2015, left for a missions trip in India, we briefly and privately discussed if I wanted a small gift from her trip. I said no, and insisted that she instead focus on serving others and the Lord. She was persistent and genuinely wanted to gift me with something, so I nonchalantly responded by saying, “ You can just get me an elephant keychain.” Unfortunately, I did not receive the elephant keychain from her because she ended up passing away due to an asthma attack while in India. I was heartbroken.

A year later, a friend, who had no connection to Joy, went on a similar missions trip to the same place where Joy died. When she got back, we met up to have dinner and talk about the highs and lows of her time spent in India. As the night came to an end, she handed me a small bag and left to go to an appointment she had. When I made it back to my dorm room, I turned on the light and was left speechless for the first time in my life. What I thought was a gift of candy was an elephant keychain.

Through this and other awe inspiring events, I was blown away that the Lord took two separate experiences and people to remind me that I am seen, known and deeply loved by Him. I sat at my desk in tears over as what appeared to be a seemingly trivial experience to most. In that moment, the fact that the Lord is good, faithful, present, able, powerful, gracious and full of love was a love letter that was written in stone and stored in my heart. I was freed. 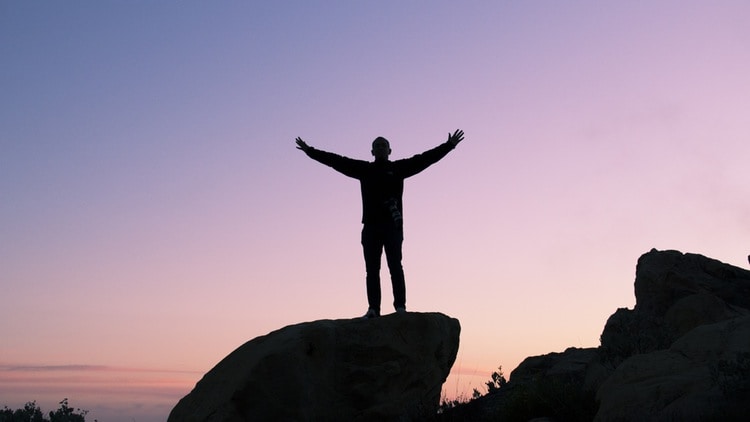 The passages in the Bible have danced off of the pages into my heart as something that I know and carry with me. I know this full well. I experienced it.

Be patient with yourself and with others. Our faith evolves over time. It can situate itself in peaks and in valleys, and sometimes without our permission. It is also important to realize that everyone’s faith is in a unique place of maturity. It is, however, your job to love and encourage them and not condemn them for where you think they should be.

God does not condemn us for our “I don’t know,” nor is He intimidated by it. Rather, if we give Him space to speak to us and walk with us in the midst in our doubts, He will with grace (John 20:24-29). We should follow His example.

One of the biggest loving critiques I have for the churches and Christian communities is that believers can be made to feel that there is no room to think for yourself. It is very cut and dried, black and white, right or wrong. There is little to no room for gray when in reality, there are many things inside and outside of one’s faith that are gray. 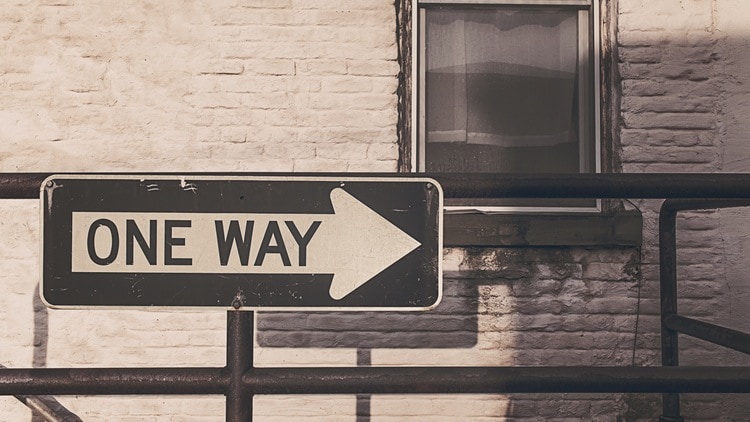 One of my biggest frustrations is that often, Christians say that you should hold to something simply because it is in the Bible. Now, before I expand, hear me when I say that as a Christian, I believe that the Bible is 100 percent authoritative and correct. However, there needs to be room for people to come to that understanding for themselves with The Lord’s help and the assistance of other believers walking alongside them. It is critically important to sift through your faith and other areas of your life to come to your own, valid conclusion.

As a 21-year-old who changes as rapidly as the weather, I have chosen to sift through my faith to come to my own conclusions about what I believe morally and personally in the areas that remain gray for me. I’m carefully taking a biblical approach to some questions that can keep me up at night.  I feel like if I were to publically admit that I am taking the time to come to my own conclusions and understanding for myself, some would believe that I have a weak faith or a loose theology and I’m allowing the devil to infiltrate my beliefs.

I am not going to allow a culture to make me feel as if my faith is not strong or concrete because I have chosen to take a fine tooth comb and work through what I believe or don’t believe. I do, however, find a lot of comfort in the fact that if my conclusions mirror the Bible, it will be because I chose to wrestle, doubt, sift and comb through them, not because I was told that this is what I should believe. This struggle to understand produces a deeper and more honest faith.

Change is OK. And change is brave. Choosing to wrestle with something as complex as faith should be admired, not condemned because it requires a host of courage and a ton of trust. We do not have the be the same people we were 6 years ago, 6 months ago or even 6 seconds ago. If anyone makes you feel bad for changing or having a different thought process, instead of choosing to walk with you like Jesus would, then, to be frank, they do not need to take up space in your life. It is inevitable that we as humans change over time, but changing should never be something we apologize for.

One of my favorite quotes right now is something that I came across on Pinterest. It’s complexity, simplicity and truth is something that I deeply resonate with and it says, “ You are entirely up to you.” I cannot stress enough how OK it is to have doubts and to work and wrestle with them as a Christian.

You will inevitably come out as a more well rounded person. God is not turned off by our doubts. If you genuinely want to walk in His will, invite Him into this process with you. He will not lead you astray and He is not upset that you are struggling with parts of scripture. If anything, He is honored that you asked Him to walk through this area of your life with you.

Lauren is a senior, journalism major at Biola University. She is passionate about writing and telling stories that do not usually get told. She considers herself to be an amateur chef and enjoys cooking in her spare time, along with volunteering at her church, Fellowship Monrovia.